A bathroom at the end of a corridor or under a town square. It can be the bathroom of an airport, a club or a gas station. A variegated and transitory humanity passes through it. It is a place of passage, waiting, meeting place for strangers, an improvised dressing room where you can conjure, hide, let off steam. It is a den for demons, an antechamber, a threshold before a farewell or a baptism of fire. It is not a truer place than the outside, it is just another aspect of being alive; if outside one has to adhere to social norms, to a practice, to play, something is given up inside; it is an amoral space, of suspension, even of great violence and nudity, a common place of the inner self where to expand the spectrum of daily action beyond limits and censorship.

The common thread of Teatro dei Gordi’s path today is the search for a specific theatrical language, made up of movement, scores of concrete gestures, objects, clothes, masks, music, poetry, presence and encounter. In stage work they seek synaesthesia and a poetic theater capable of moving and producing living images. Pandora broadens research on the mask to question its boundaries. There is also here the papier-mâché mask, which characterized the two previous shows (Sulla Morte Senza Esagerare and Visite), but there are also everyday masks, like a blindfold or a pair of glasses, as an expression or a face. And then there are improvised masks, impromptu and monstrous masks, to represent the dysmorphism and the desperation of hallucinations and paranoia. 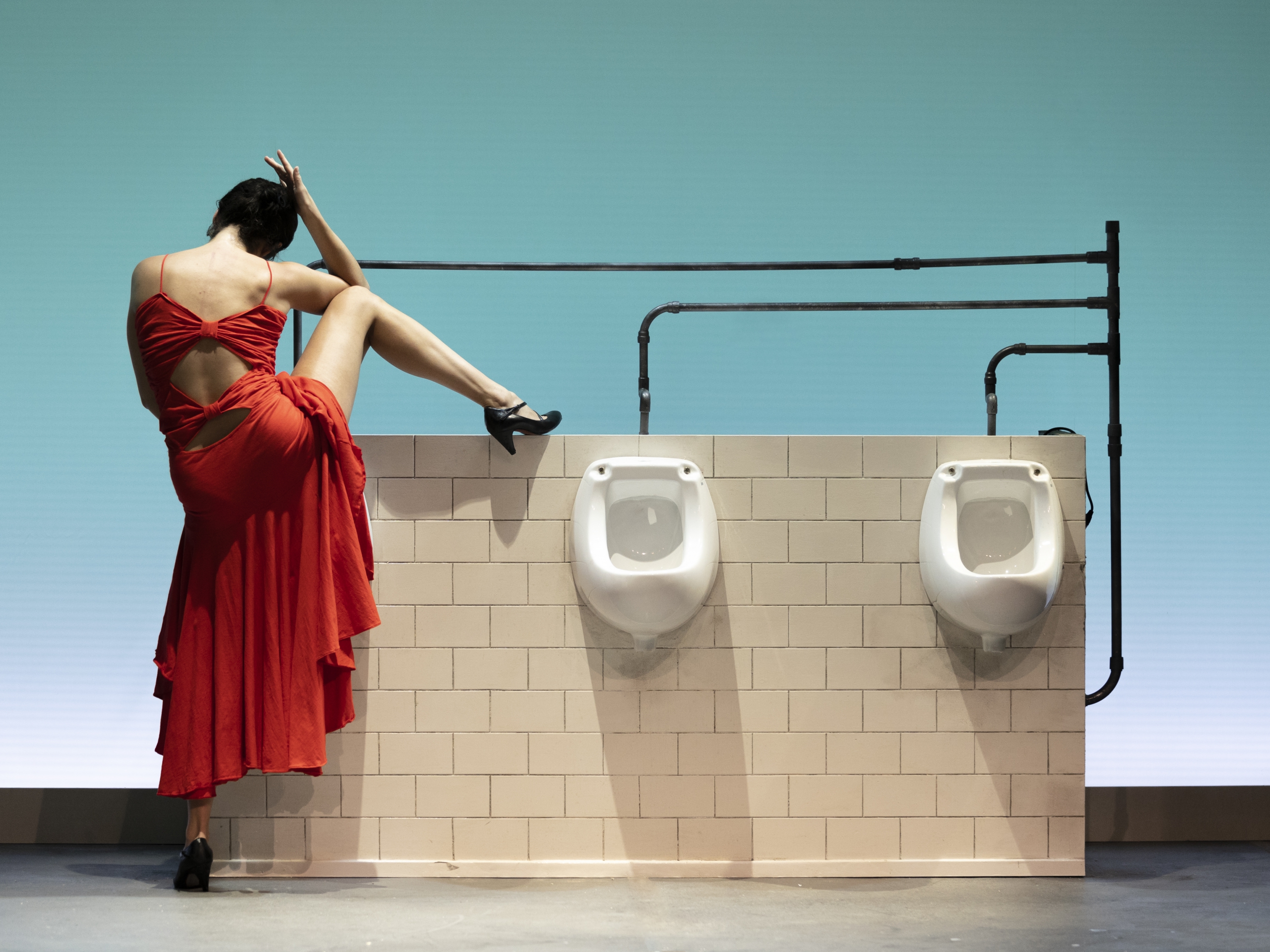 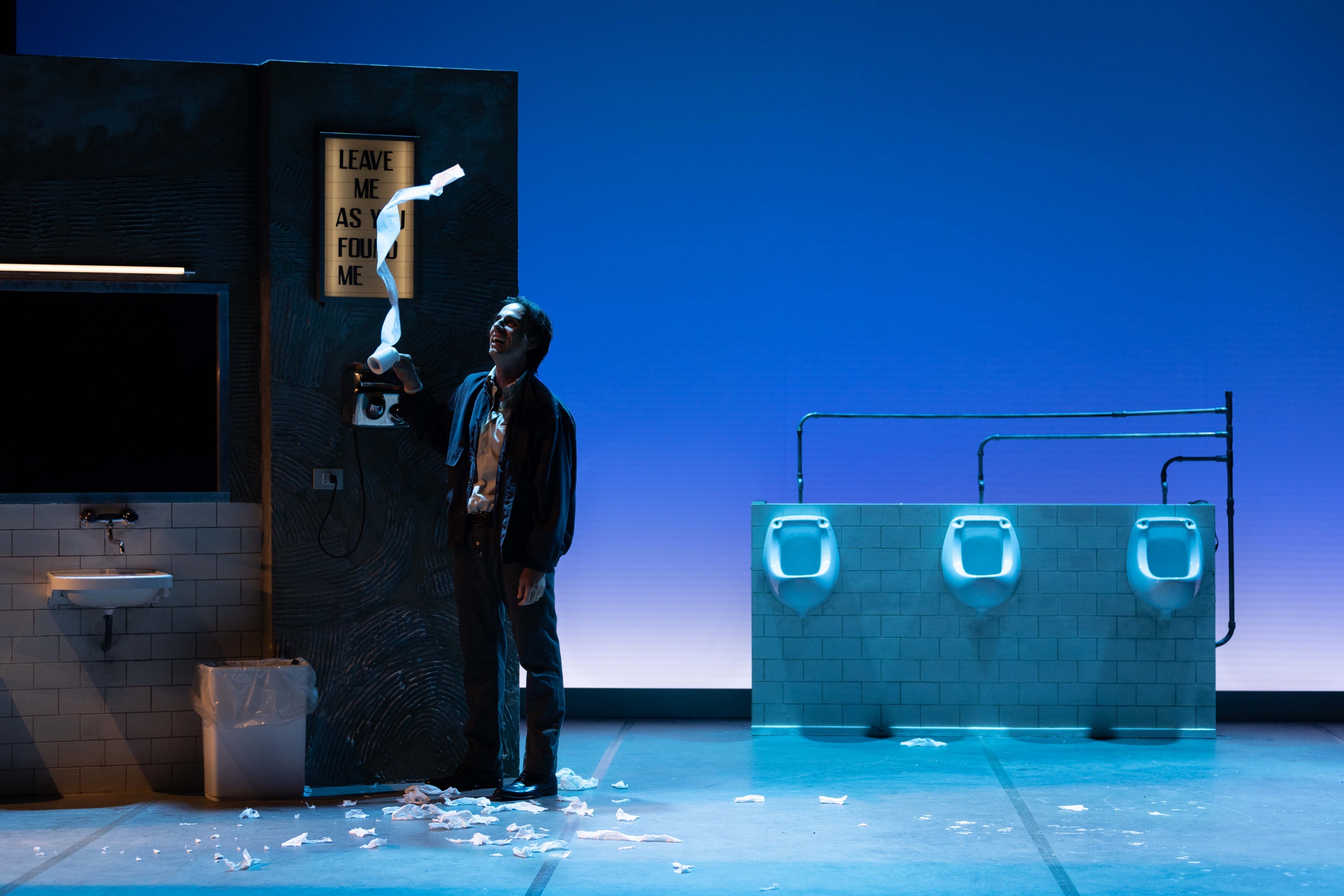 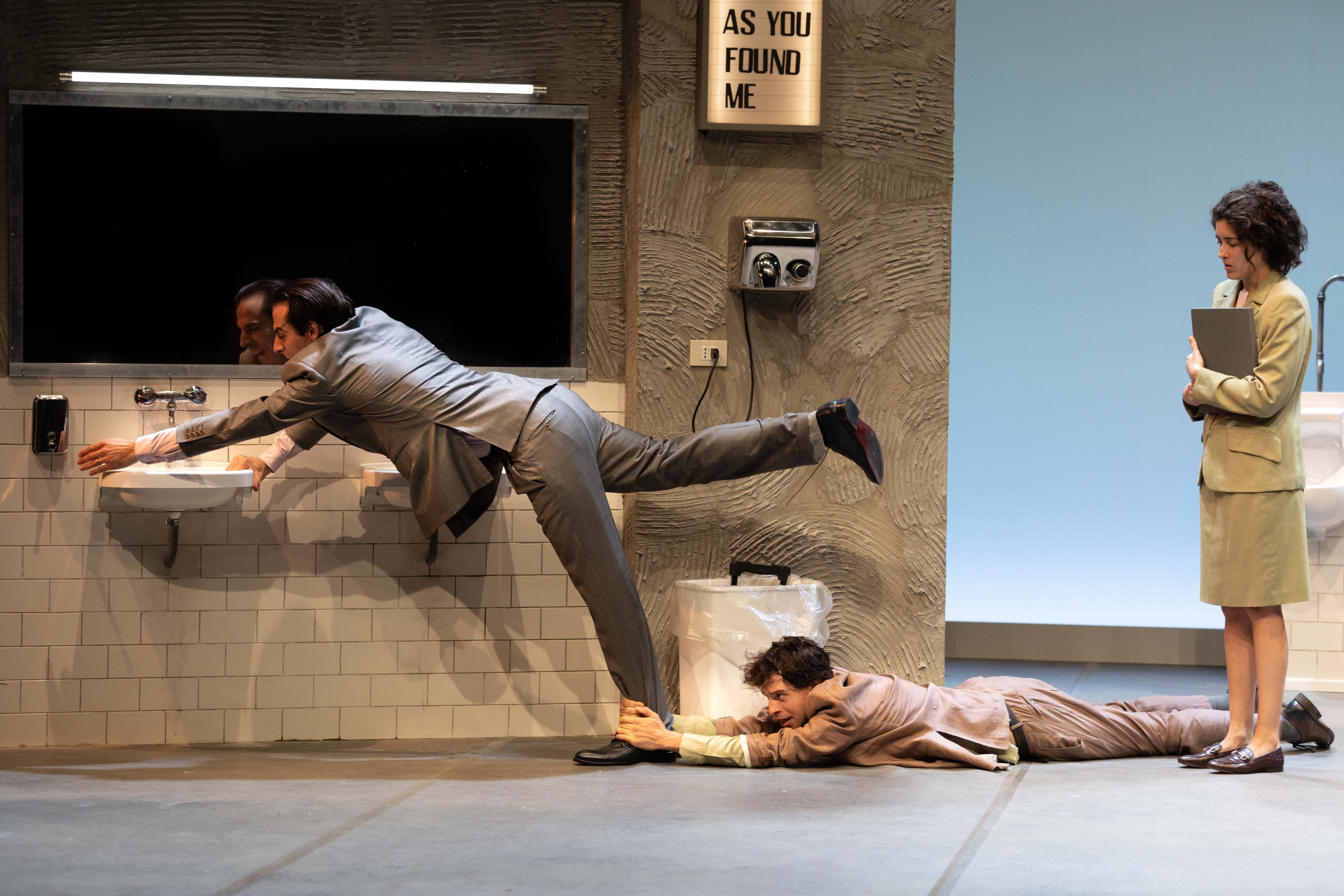 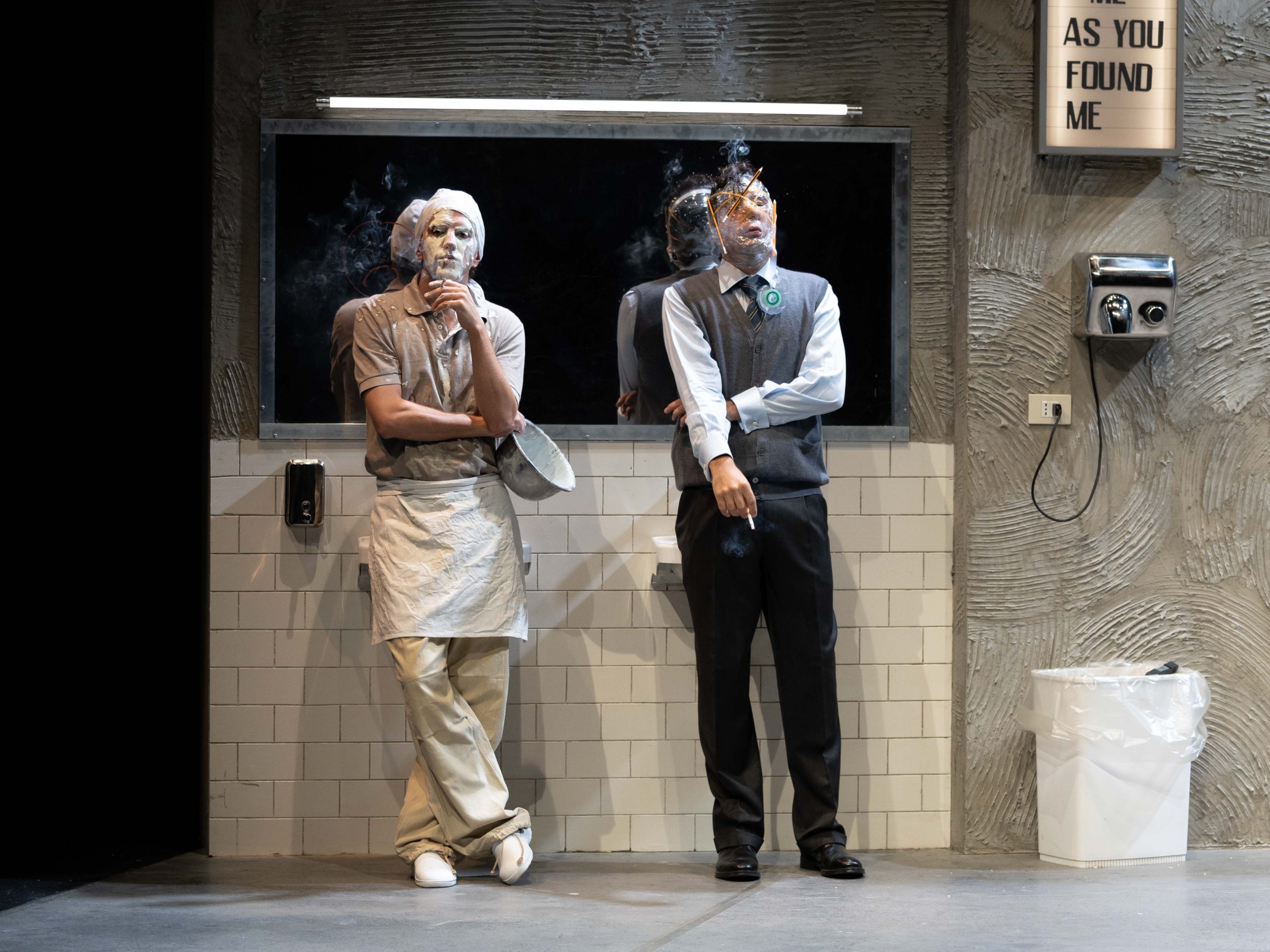 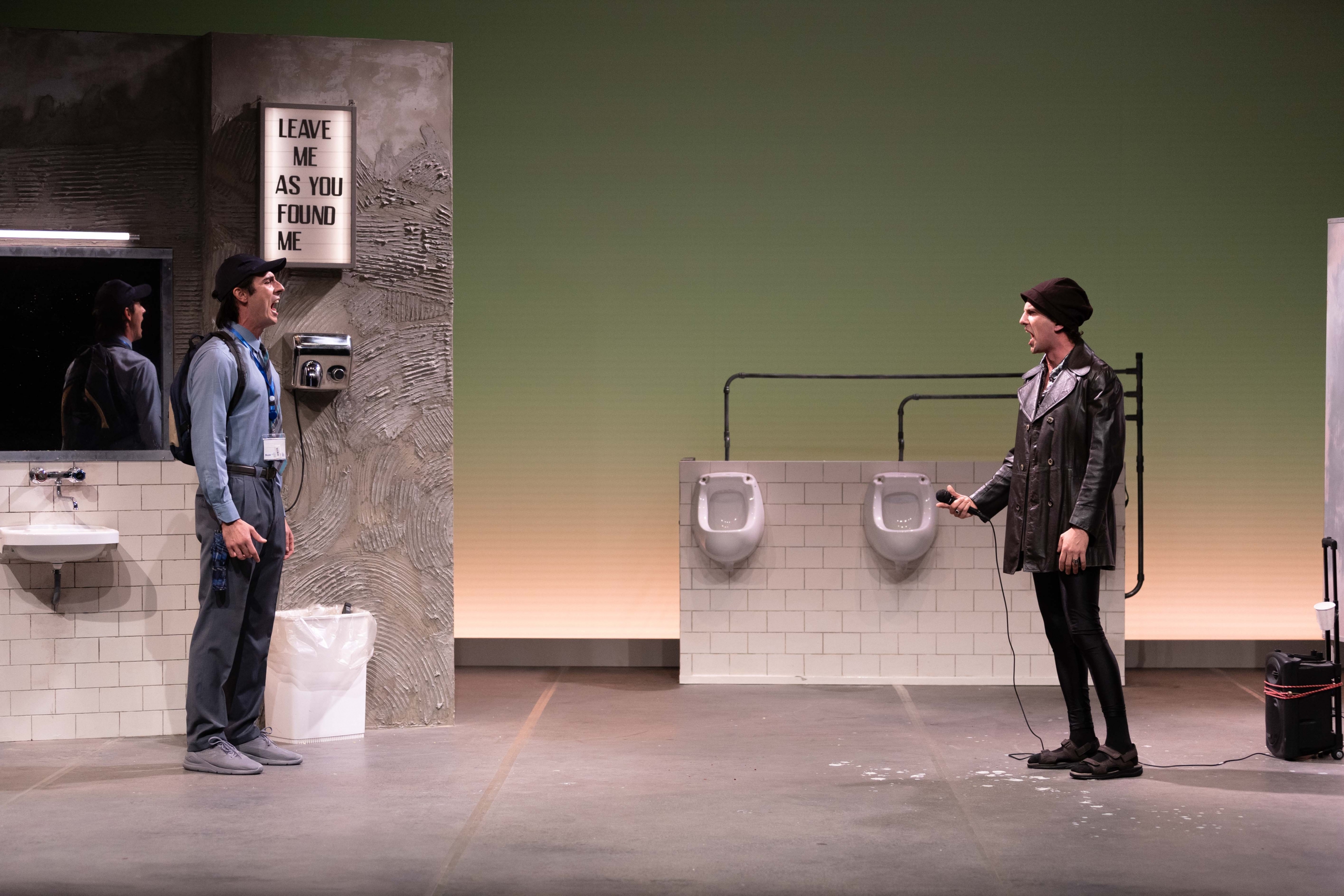 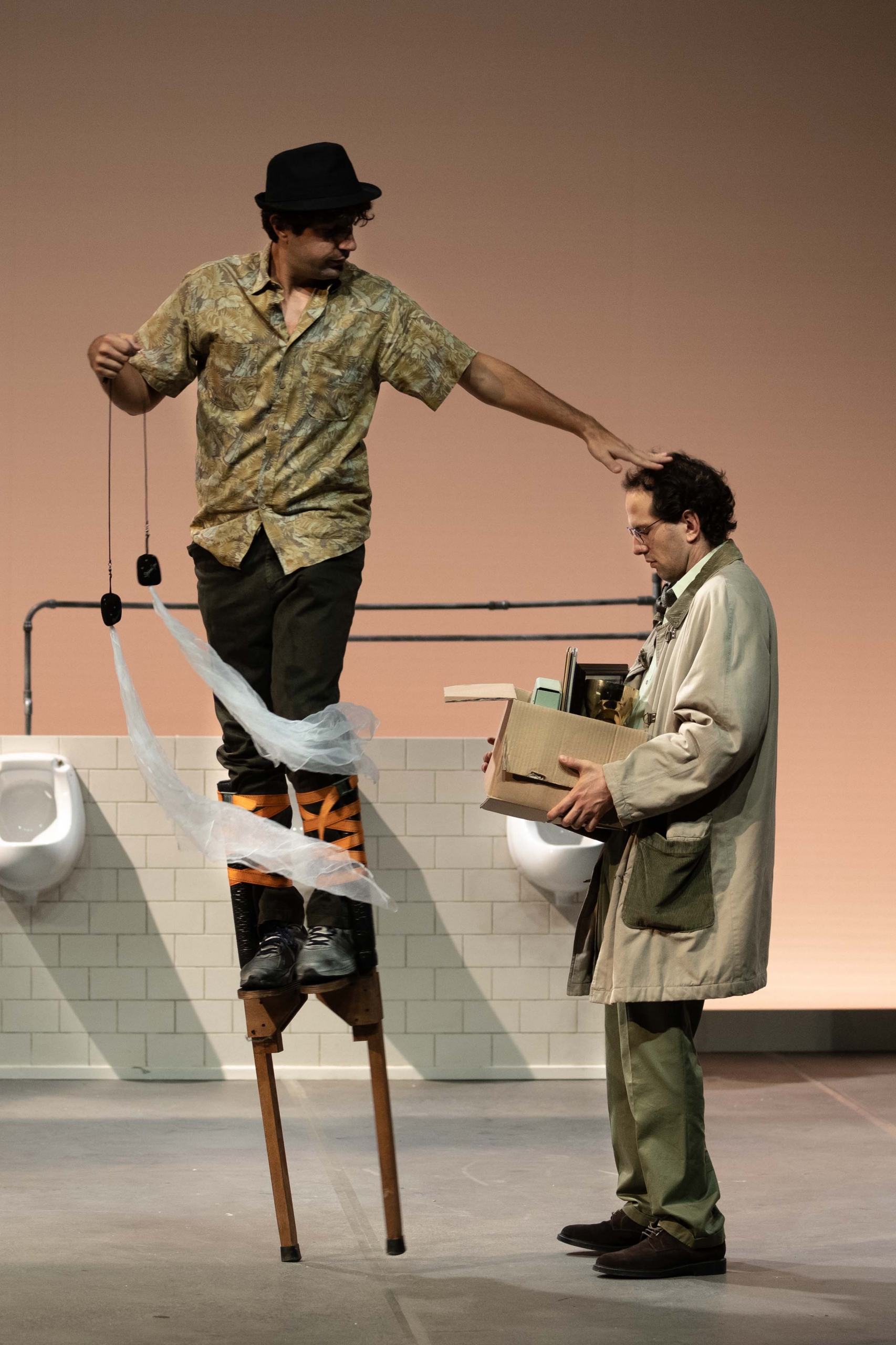 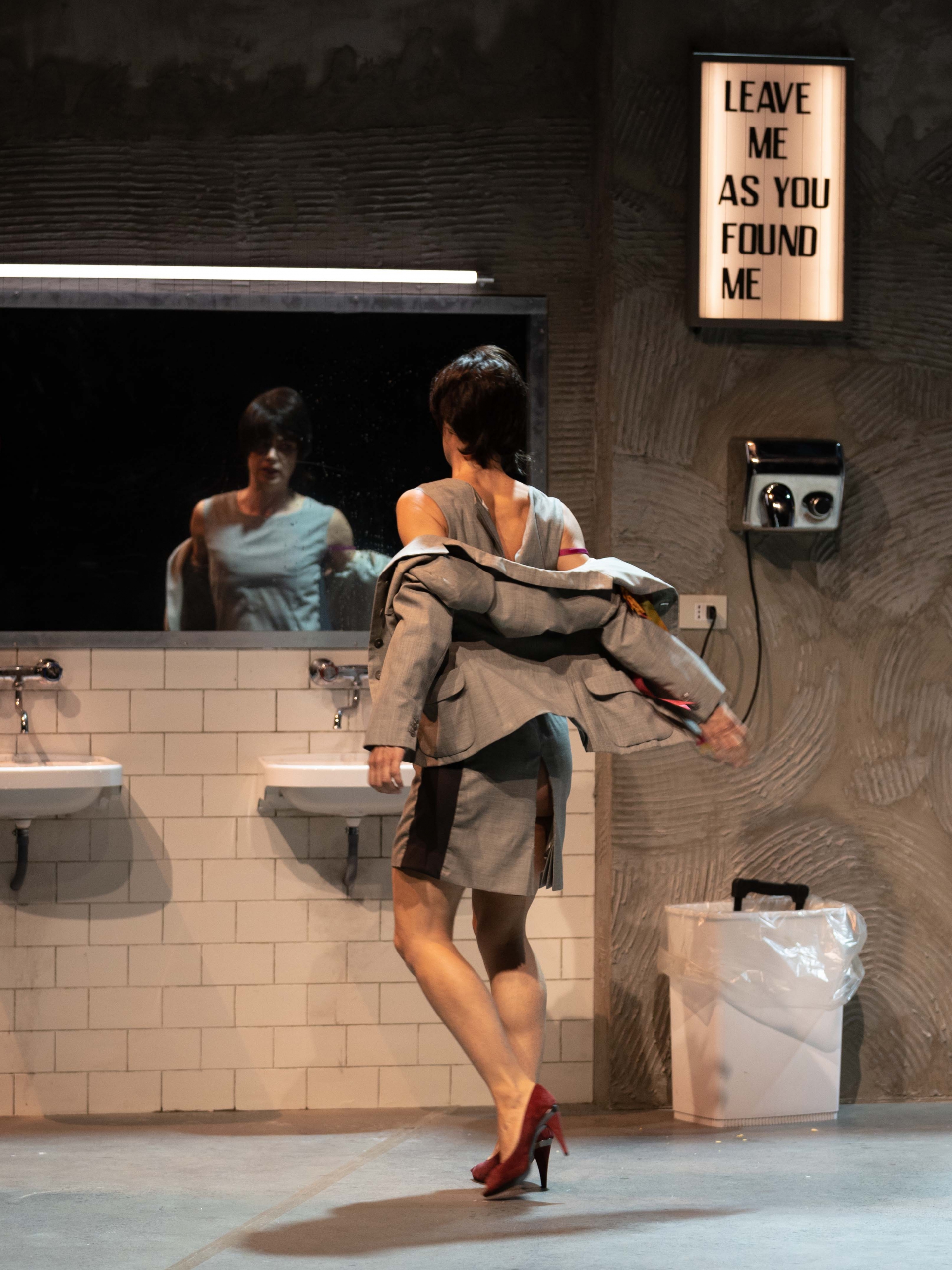 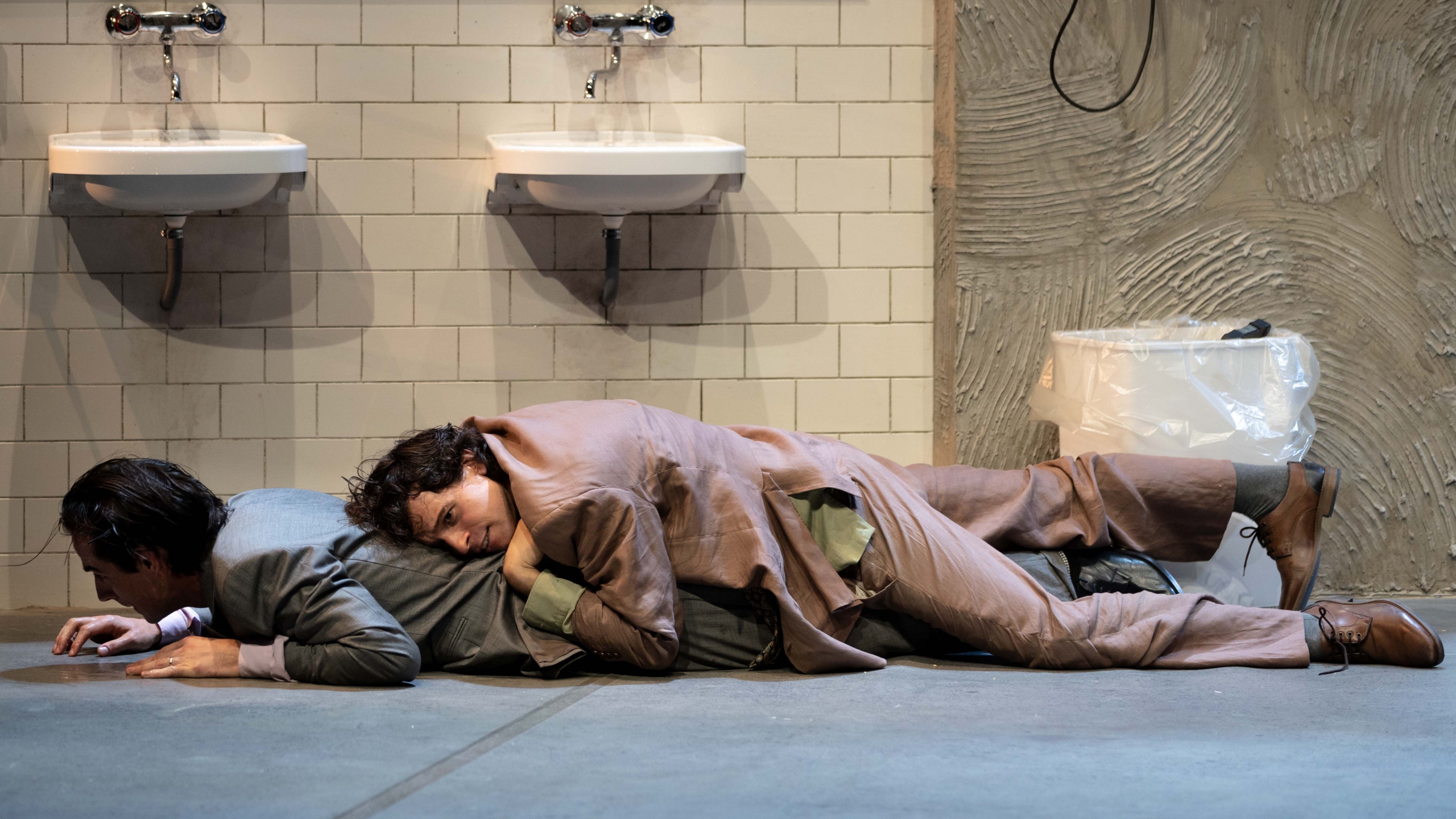 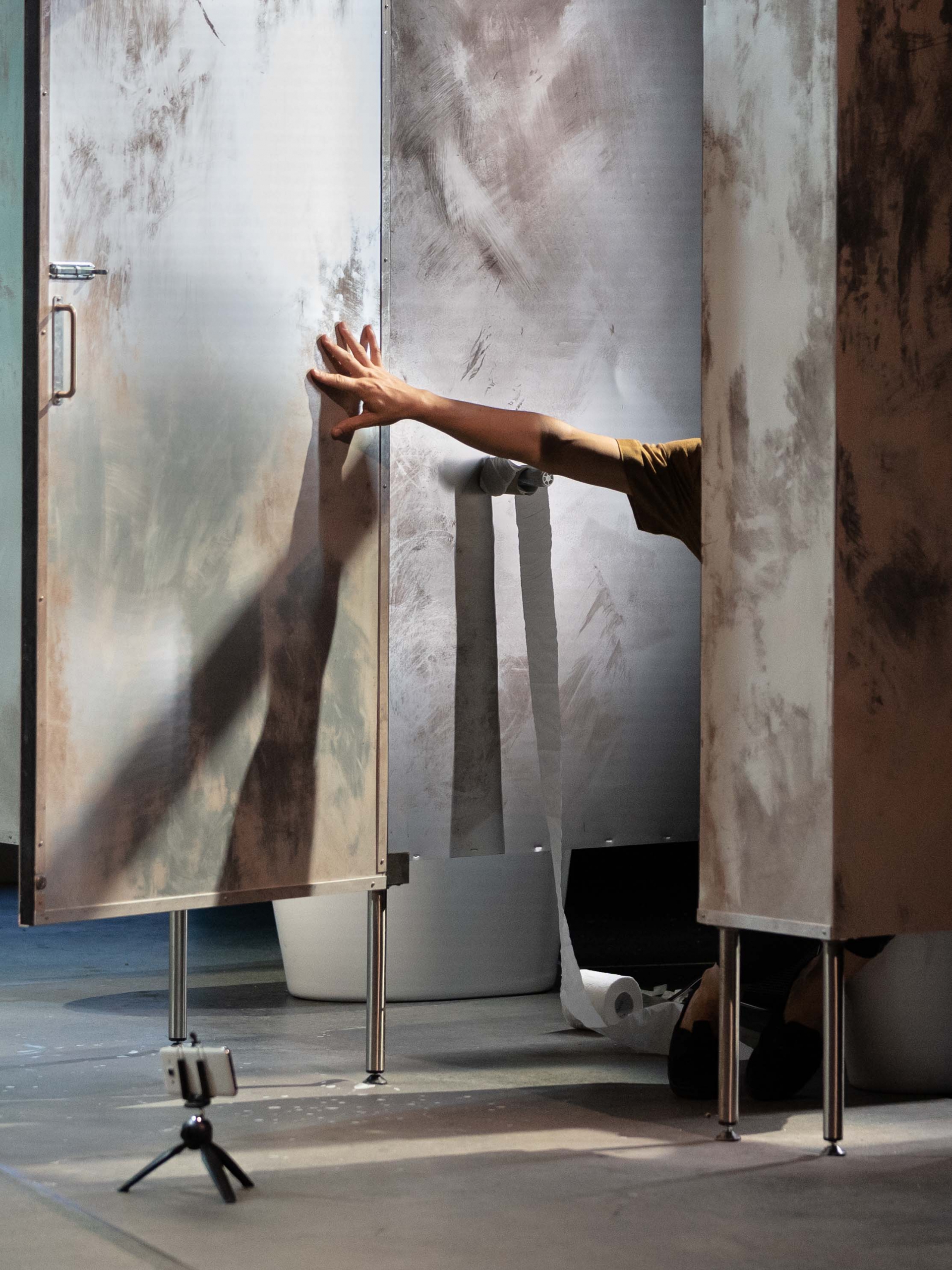 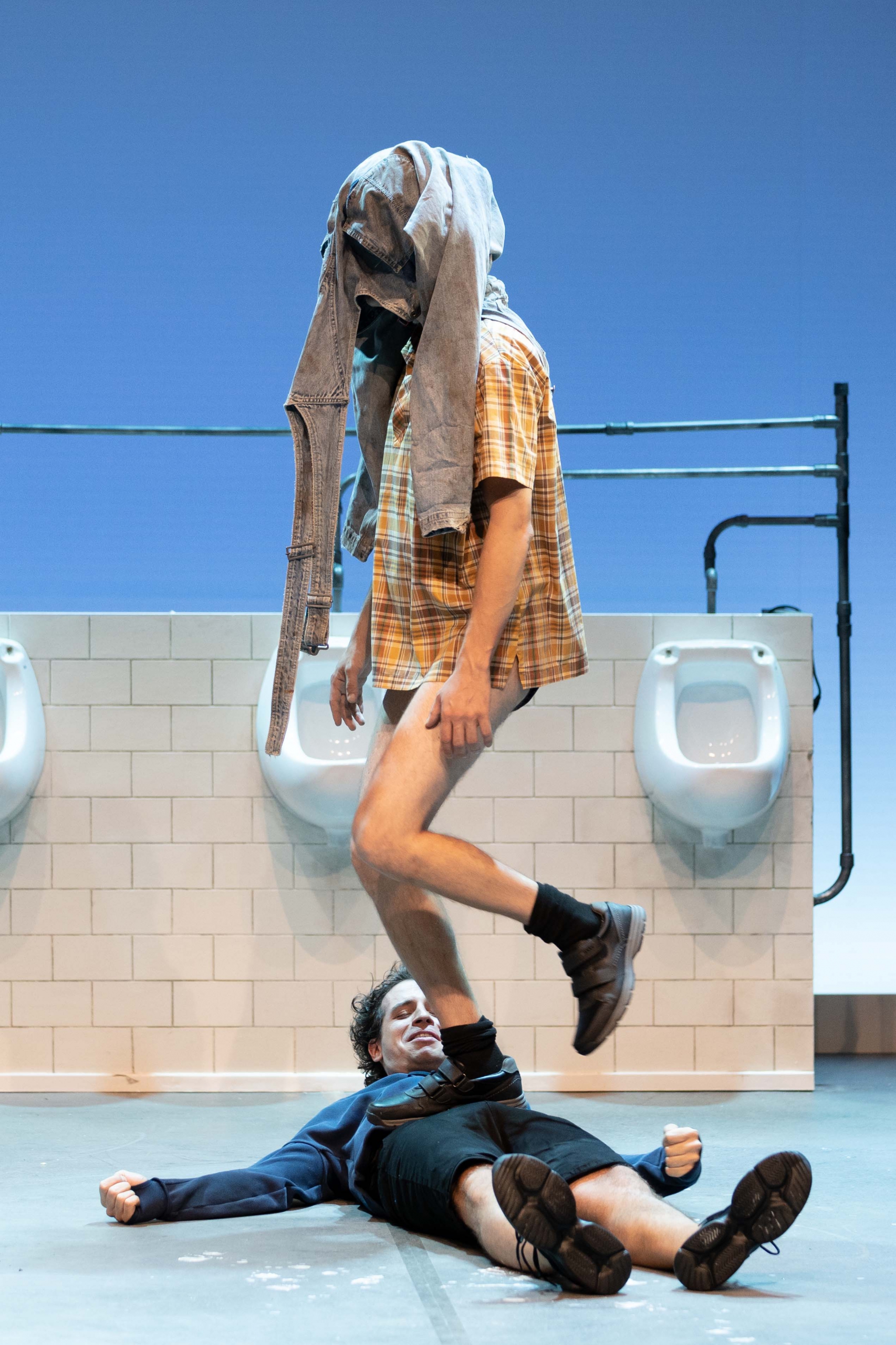